Founded in 1917, a decade before the NHL began, the Toronto Maples Leafs of the Eastern Conference Atlantic Division play their home games at Scotiabank Arena.  In 1926 they became one of the original six teams of the National Hockey League and have won 13 Stanley Cups over their long history.  The Maple Leafs moved into Scotiabank Arena upon its completion in 1999 and share the venue with the Toronto Raptors of the NBA.

Scotiabank Arena took approximately two years to complete at the cost of CA$265 million. ($391 million in 2020 U.S. dollars). The arena is located on the waterfront in the Old Toronto section of the city and is known for being one of the most photographed locations in Canada.  Scotiabank Arena is the busiest arena in Canada and in addition to being home to the Toronto Maple Leafs, it also hosts other events, such as concerts and political conventions.  The arena has on-site parking and restaurants within the venue which enables fans to park once and enjoy their entire evening in one place.

How many seats are in Scotiabank Arena

Scotiabank Arena has seating for 18,200 Toronto Maple Leafs fans.  The Leafs’ home ice arena also has a total of 154 suites: 40 Platinum Suites; 66 Executive Suites; 24 Theatre Suites; and, 24 Loge Suites. The suites are available for rent and come in a variety of sizes to suit the needs of corporations, families looking to host a get-together, and any other occasion fans may wish to celebrate from these great vantage points in the arena.

Be sure to try the food at Scotiabank arena.

Directions – How to get to Scotiabank Arena

Taking public transportation to the arena is easy, too, as it is connected to the Toronto Union railway station, a subway station, and a bus terminal via the PATH.

Where to Park near Scotiabank Arena?

There is great underground parking at 15 York Street which gets Toronto Maple Leafs fans direct access to the arena without going out in the cold, rain, or snow.  Scotiabank Arena recommends pre-booking your parking no matter where you’re going to park for the game to ensure you get the spot you want and take advantage of any discounts available.


To reserve your parking spot, visit the Toronto Maple Leafs SpotHero Parking Page and book a spot with rates up to 50% off drive-up.

Do the Raptors play in the same arena as the Leafs?

Yes, the Toronto Raptors of the NBA’s Eastern Conference Atlantic Division also call Scotiabank Arena home. The Raptors were one of two teams added to the NBA in Canada in 1995 and won the league championship in 2019.

What is the Scotiabank Arena Health & Safety Information? (related to COVID)

According to the Scotiabank Arena website, as of September 2021, the maximum attendance for events is capped at 10,000 fans. Proof of vaccination is required for all attendees 12 years and older. Masks are required as well as a mandatory self-screening for anyone visiting the arena (see website for details).

How much is a Toronto Maple Leafs hockey ticket?

Toronto Maple Leafs tickets start at around $75. If you’re looking for reserved seats in the upper deck, they can usually be found for $120. Lower bowl tickets will be more expensive and start at $160.

What hockey teams play at the Scotiabank Arena?

Scotiabank Arena is home to the Toronto Maple Leafs, winners of 13 Stanley Cups.  The Toronto Marlies of the American Hockey League (AHL) occasionally play games there, too.

Who owns the Scotiabank Arena?

Scotiabank Arena is owned and operated by Maple Leaf Sports & Entertainment Ltd. (MLSE), the same group that owns the Toronto Maple Leafs and the Toronto Raptors. 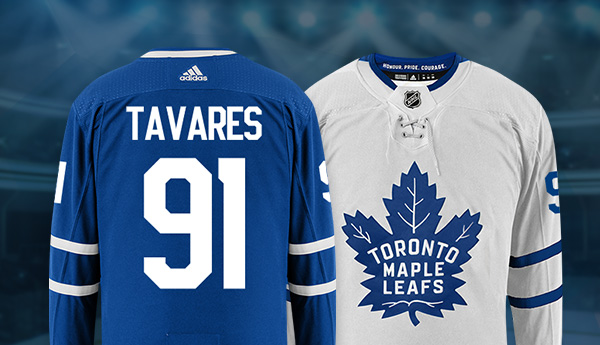