The Molsen family broke ground on the Bell Centre in June of 1993 in preparation for the opening of the largest hockey arena in the world and the home of the Montreal Canadiens.  Since opening its doors, it has consistently been ranked as the busiest arena in the world.  In 2015, it was announced that Bell Centre would undergo $100 million worth of renovations over the next three years, including the replacement of all the seats, renovated hallways and concessions, new restaurants, public Wi-Fi, and the planned conversion of Avenue des Canadiens-de-Montréal into a pedestrian-only street.

The Montreal Canadiens are one of the most successful franchises in all sports.  Currently a member of the Atlantic Division of the NHL’s Eastern Conference, the Canadiens have won 24 Stanley Cups. Founded in 1909, predating the NHL by almost two decades, the Habs, as they are unofficially nicknamed, was one of the league’s original six teams.  Out of all of the major North American sports, only the New York Yankees have more championships. The Canadiens played their home games in the Montreal Forum for seven decades before moving into the Bell Centre, their current home.

How many seats are in Bell Centre

The Bell Centre covers almost four acres of land and seats 21,302 fans for Canadiens’ games.  The seats are broken up into three major groups: lower sections, numbered in the 100s, club seats in the 200s, and uppers in the 300 and 400s.  There are also two levels of private and corporate boxes. The Bell Centre has some unique features including steeply sloped grandstands which give all spectators a better view of the action.

Be sure to check out the Food at Bell Centre.

Directions – How to get to Bell Centre

The Bell Centre is located at 1909, Avenue des Canadiens-de-Montréal in downtown Montreal.  When driving to the Bell Centre, the closest main road is Rue Peel, also known as QC 112, from which you can turn onto one of several streets surrounding the arena.  Bell Centre is very easy to reach by public transportation.  It is serviced by five numbered bus lines, two Montreal Metro stations (Lucien-L’Allier and Bonaventure), and a commuter rail line.

Where to Park Near the Bell Centre?

Montreal’s Bell Centre does have its own parking structure located at 1225 Saint-Antoine Street West.  Parking currently costs a flat fee for Canadiens games and only credit or debit cards are accepted.  If you are not from the area but are going to drive and attempt to park on the street for a game, be sure to pay careful attention to signage.  You can get paid (metered) street parking, but there are also streets reserved for residents with permits.

Why is MTL called the Habs?

The Montreal Canadiens have several unofficial nicknames, including Le Canadien, Le Bleu-Blanc-Rouge, La Sainte-Flanelle, Le Tricolore, Les Glorieux (or Nos Glorieux), Le CH, Le Grand Club and Les Habitants (from which “Habs” is derived).  The ‘H’ on their jersey or sweater actually stands for hockey, not Habs, which is somewhat of an urban legend.

How old is the Bell Centre in Montreal?

The Bell Centre first came into use on March 16th, 1996, and is most famous for being the home of the Montreal Canadiens.  The venue also hosts basketball, professional wrestling, mixed martial arts, concerts, and other events.

Where did the Habs play before the Bell Centre?

Prior to the opening of the Bell Centre, the Habs played in the Montreal Forum, during their residency they won 22 of their 24 Stanley Cups.  The Canadiens played there from 1926 to 1996.

What is the Bell Centre Health & Safety Information? (related to COVID)

Per the Canadian government’s decision, the Bell Centre is currently allowing 7,500 fans to attend games as of September 2021 (going into the 2021-22 season).  This may change at any time so be sure to review health policies before attending events.  Proof of vaccination is required. Masks are required. Social distancing rules are in effect.  Entry will only be granted at assigned gates.

How much is a Montreal Canadiens hockey ticket?

Tickets to see the Montreal Canadiens at the Bell Centre are divided into pricing groups by game, which is bronze, silver, gold, and diamond.  Habs tickets are typically sold out but can be found on the secondary market.  Prices vary greatly.  Choosing a silver level game at the beginning of the season, there are tickets available in the 400 section for $75 Canadian, including fees. 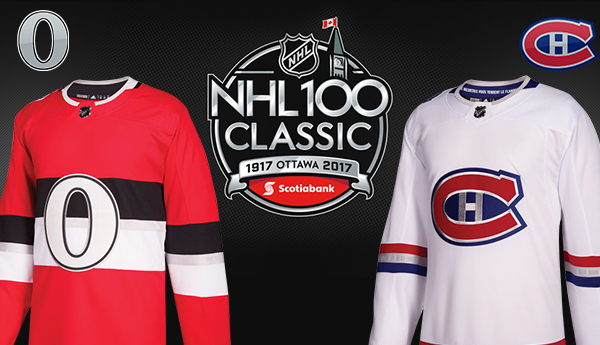