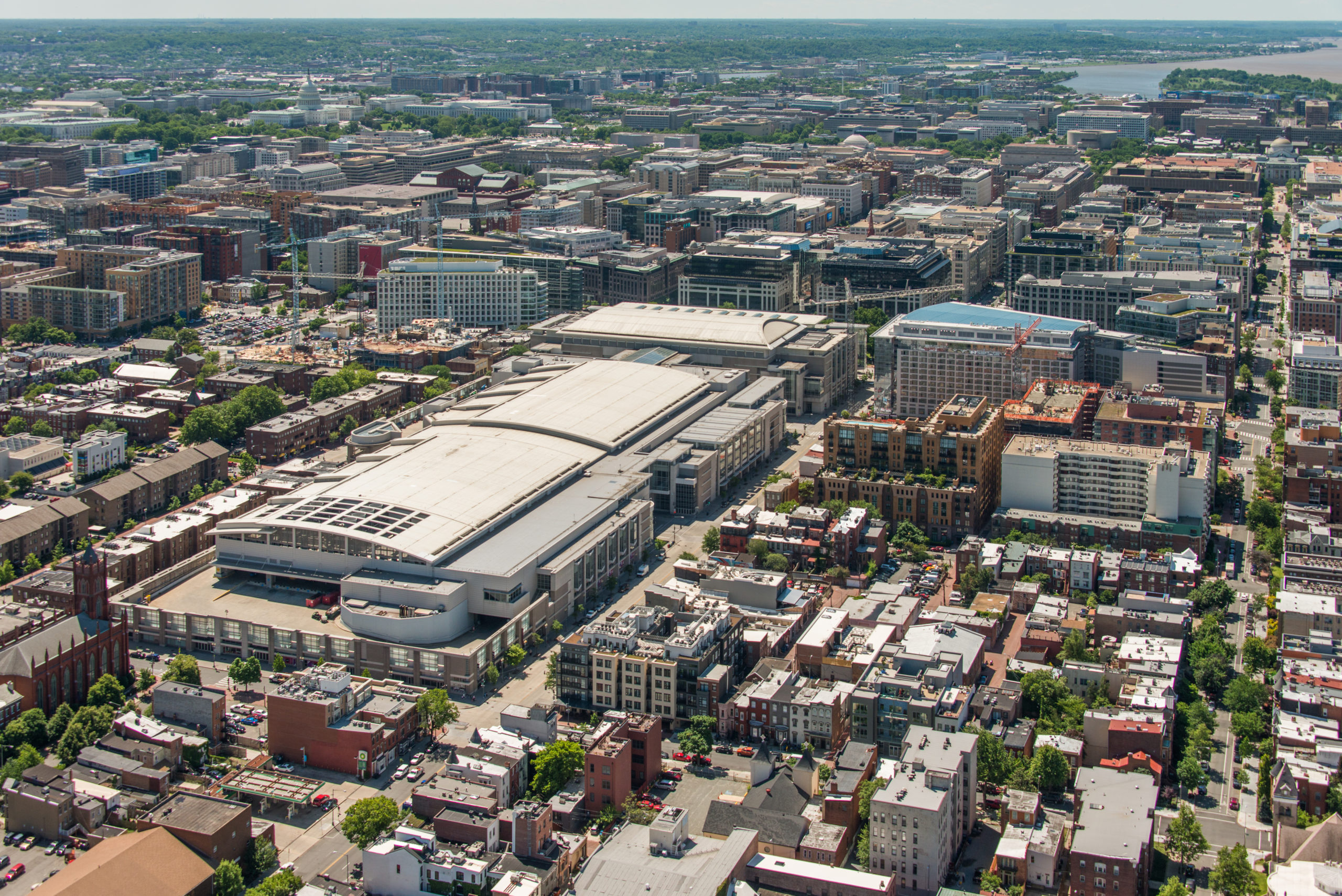 Food at the Capital One Arena

Capital One Arena is the home ice of the Washington Capitals, and is located in the Penn Quarter area of Washington, D.C.  Capitals games have been played there since 1997, when the arena opened.  The arena, previously called the Verizon Center, helped revitalize this area of the city. Washington Wizards games are also played at the arena.  Whether you’re at the arena to see the 2017-18 Stanley Cup champs, the Wizards, or another event, there are plenty of food and beverage options to choose from at the venue.  From simple fare like pizza, burgers, hot dogs, onion rings, and chicken tenders to barbecue and many upscale dishes, there’s something for everyone to eat at Capitals and Wizards games.

Among the food, drink, restaurants, and concessions inside the Capital One Arena you can find some of your everyday favorites, like donuts from Dunkin Donuts and pizza from Papa John’s.  The arena brought a lot of life to the Penn Quarter area of the city, and the venue tries to pay it back to the fans by having a lot of great food options.  There are also health and safety upgrades around the arena like self ordering kiosks for fans to use to order and pay.  There are concession stands on each level of the seating bowl, including District Grill, Over the Top, Rita’s, Tacos 202, Tender Love and Chicken, Fuku, and Box Frites. There are a lot of other attractions in Washington if you are visiting, including the White House and the National Mall, but don’t be afraid to schedule a trip to Capital One Arena if you are taking a trip to the nation’s capital.

A post shared by The Original Ben’s Chili Bowl (@benseverything)

Classic Food at Capital One Arena

No matter who you’re going to see play, Washington Capitals or the Wizards of the NBA, there are definitely some classic food and drink options to try inside the Capital One Arena.  Ben’s Chili Bowl, a local favorite, is one to try for sure.  Fuku, which is operated by celebrity chef David Chang, is another. Within Capital One Arena, there is also the Etihad Airways Lounge and the PWC Club, for fans on the club level to try before and during games.   It’s never a bad idea to top off a meal with a trip to one of the Rita’s ice stands, on sale on both the upper and lower sections of the arena.

Near Capital One Arena

There are certainly some local restaurants and bars to try near Capital One Arena that are popular for before the Washington Capitals hockey games when you are planning your visit.  Right within a couple of blocks of the arena are Legal Sea Foods, Rosa Mexicana – Penn Quarter, and District Chophouse, all of which have self-explanatory names, making choosing easy.  If you’re looking to just grab a beer and a slice, there are plenty of options, too.

How much does food cost at the Capital One Arena?

Food at Capital One Arena, home of the Stanley Cup champion Washington Capitals, varies in price depending on how elaborate you’d like to make your meal.  Hot dogs and a beer will run you $6 and $10, respectively, and prices at the Etihad Airways Lounge and PWC Club will be significantly more.

Can you bring food into the Capital One Arena?

You cannot bring outside food or drink into Capital One Arena.  Check the website for any updates and exceptions.

What restaurants are inside the Capital One Arena?

Located in the Penn Quarter area of the city, Capital One Arena is mostly stand-focused, with only a couple of club level restaurants in the venue.  There are great food options none-the-less, like the famous chili covered smokes available at Ben’s.  You also have the option to pour your own beer now, a new innovation at the arena.

How much does a beer cost at Capital One Arena?

Beer costs between $11 and $15, depending on size and variety, and you can also pour your own beer at certain locations around the arena, too.

1 thought on “Capital One Arena Food”